Paladin Nine Security (also known as Paladin 9) is a private military corporation founded and headed by Victor Coste. Unlike many other PMCs, Paladin 9's focus and foundation is to provide services to honorable and legal organizations, without compromising morals or conduct.

After Victor Coste left the Navy SEALs, he relocated to Washington, D.C. and formed Paladin Nine Security. The PMC specialized in high-tech defense solutions and kidnapping recovery assignments. With a relatively small group of personnel, Coste was able to handle much of the field work himself. He has major connections and contacts, enabling Paladin 9 to function efficiently. At some point, Victor Coste had hired Charlie Cole to work with Paladin 9 to handle technical details.

After the Third Echelon Conspiracy, Victor Coste was able to convince former Splinter Cell agent Sam Fisher to join Paladin Nine Security for help in their operations and contracts the organizations and people hired the PMC for.

Before the first Blacklist attack, Blacklist Zero, Sam Fisher and Victor Coste were hired to perform aerial reconnaissance for Anderson Air Force Base in Guam. During their mission, the helicopter that Fisher and Coste were using was knocked out of control from the explosion The Engineers caused, causing the helicopter to crash into a storm drain in the base. 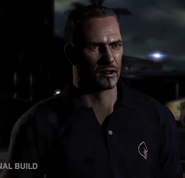 Retrieved from "https://splintercell.fandom.com/wiki/Paladin_Nine_Security?oldid=47532"
Community content is available under CC-BY-SA unless otherwise noted.