In 2004, the CIA grew suspicious of Kombayn Nikoladze, the newly-appointed President of the former Soviet Republic of Georgia, and inserted agent Alice Madison into Georgia as a means of keeping tabs on Nikoladze. In October of that year, Agent Madison vanished and her subdermals went offline, prompting the CIA to send Agent Robert Blaustein to find Madison and what it was that she was onto in Georgia, only to lose contact with him as well. Mystified by these disappearances, the CIA requested assistance from the NSA, who immediately commissioned the newly-activated Third Echelon to carry out the mission.

Third Echelon deployed newly-recruited Splinter Cell operative Sam Fisher to track down Blaustein and Madison in the Georgian capital of T'Bilisi, only to discover their bodies in the morgue of T'Bilisi's 4th police precinct (a fact that the CIA in fact concealed from their NSA allies). Fisher discovered that their subdermals had also been stolen by a man named Vyacheslav Grinko, a Russian mercenary he tracked to the Georgian Ministry of Defense. There, he discovered that Nikoladze had been pursuing a brutal military campaign against neighboring Azerbaijan, prompting NATO intervention in the region.

The CIA Headquarters was later infiltrated by Fisher, as they had sufficient evidence of a massive intelligence leak from within the facility. Even though both the CIA and the NSA were both on the same side, Fisher could not be spotted or taken into interrogation for the fear of a fallout with espionage operations within the CIA itself. Sam was able to infiltrate the building and discovered that computer technician Mitchell Dougherty had been storing sensitive data on an insecure PC that had been hacked into by the Georgians and their Russian allies. Despite the heavy security, Fisher was able to capture Dougherty and bring him in for interrogation without the CIA's knowledge.

In 2006, an Indonesian terrorist organization known as the Darah Dan Doa pursued open warfare with the United States in retaliation for the American presence in East Timor, a former Indonesian territory seeking its independence. During that year, the Darah Dan Doa attacked the US Embassy and took dozens of American officials hostage, necessitating a rapid response from the CIA and NSA. When Agent Sam Fisher was deployed to Dili, he was introduced to Dermot Brunton, Third Echelon's inter-agency consultant who served as a liaison to the CIA. For much of the crisis, Brunton would be directing most of the CIA's field operations in conjunction with the NSA's.

During the mission at the Embassy, Brunton reported to Echelon that among the hostages was CIA Agent Ingrid Karlthson, a professional linguist and supposed "desk jockey". After intercepting critical intelligence from hostage Douglas Shetland, the CEO of Displace International, Fisher tracked down Ingrid and had her translate the data, which was written in Timorese Mambe. Third Echelon used the data to track an enemy terrorist cell staging an operation in Paris, France, which was supposedly in support of the Darah Dan Doa's campaign. Karlthson vanished before Delta Force could rescue her, having been taken hostage by guerrilla leader Suhadi Sadono. In Paris, the leader of the cell allied with Sadono was found to be CIA Agent Norman Soth, who had previously helped train anti-communist guerrillas in Indonesia during the 1990s as part of the CIA's Operation REDBEARD. After the CIA pulled its support for the operation, Soth vanished, to the point where it was no longer known if he was a viable asset. Fisher would later discover that Soth was in fact aligned with Sadono and should be considered an enemy agent.

From France, Fisher tracked Soth to Jerusalem, where he was to uncover a biological agent Soth was buying on Sadono's behalf for use against the U.S. Before intercepting him, Fisher went to CIA engineer Saul Berkovitz, an informant and weapons specialist who had modified Fisher's SC-20K. Fisher tracked down Saul just as the latter was being robbed by a pair of armed thugs, forcing him to kill them, as they had witnessed the CIA's operations first-hand. Saul provided Fisher with his rifle and Fisher went on to meet Shin Bet Agent Dahlia Tal, who helped Fisher track the Syrian terrorist cell Soth was buying the agent from. Before infiltrating the cell, the CIA discovered that Shin Bet was acting against them, forcing Fisher to kill Tal. Fisher soon captured the biological agent and sent it to CIA analyst "Bellagio Sampler" for examination. The biological agent was revealed to be "smallpox".

Fisher soon found that Sadono had Soth deploy "pox boxes" all across the U.S., which he would release on the American people if he was either killed or detained, forcing the U.S. Army to avoid a direct confrontation with him. When Fisher finally located the pox boxes, the CIA and Shadownet operatives destroyed them, allowing Fisher to pursue Sadono in Jakarta. Fisher met up with Ingrid Karlthson once again, who was being held as a translator and bargaining chip. With Karlthson's help, Fisher finally captured Sadono, ending the crisis in Indonesia.

Immediately after this, Fisher learned from Ingrid that Soth was not acting on Indonesia's behalf for their cause, but to enact revenge on the U.S. for abandoning him years earlier. Ingrid had tried to track down Soth at the Embassy to see if he was a viable CIA asset. Fisher soon learned that Soth had the last pox box and intended to detonate it in LAX, along with a band of terrorists as an escort. The CIA ordered Fisher to kill all of the terrorists. Fisher prevented the bomb's detonation by killing Norman Soth and all of his accomplices, bringing a final end to the crisis.

In 2013, Anna Grímsdóttir nominated Isaac Briggs, a CIA operative, to join Fourth Echelon and help take down a new threat, The Engineers. During the Blacklist Attacks, Fourth Echelon intercepted intel that Andriy Kobin, a smuggler and arms dealer, had surrendered and was placed in a CIA safehouse in Bengazi, Libya. Grímsdóttir has a CIA contact Sam Fisher was supposed to rendezvous with during the mission in order to grab Kobin, but the contact was killed by rebels. 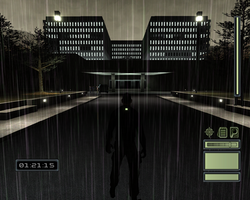 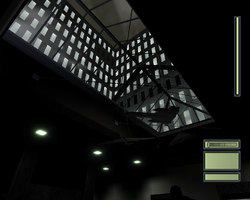 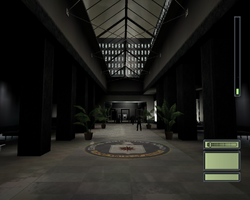 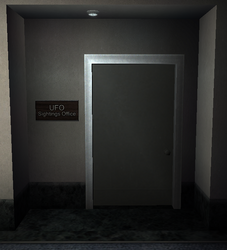 The UFO Sightings Office.
Add a photo to this gallery

Retrieved from "https://splintercell.fandom.com/wiki/Central_Intelligence_Agency?oldid=46386"
Community content is available under CC-BY-SA unless otherwise noted.