What's on your mind?

I googled Sam Fisher and turns out there’s a Sam Fisher In this 1998 series Cold Squad (voiced by Jay Brazeau). I don’t believe that’s the same Sam Fisher we know, anyone can fact check?

Should the wiki list the locations of where & when each data stick, email, and intel is found/obtained? Perhaps in a separate section beneath the list of data and what's contained.

I've noticed a number that I can't for the life of me find. For instance, I can't find Data Sticks 2 & 4 on Defense Ministry and I played both the Xbox & PS2 versions trying to see if perhaps they were exclusive to one -- I tried KOing every guard I came across, checked every computer I saw... Having a basic description for where each thing is found would be great for cross-referencing.

Considering not every mission has been transcribed though, this is probably pretty low priority. I would do it myself, but I missed one in Police Station and the two in Defense Ministry so clearly I'm not the best to do this lol

Splinter Cell is now restricted to being put in as easter-eggs or crossovers for some reason.

The Division, Far Cry, Assassins Creed, and others feature it as an Easter Egg.

The only Splinter Cell stuff to look forward to is a VR game and the upcoming Netflix Animation.

I was curious about this and I was thinking of doing something similar.

There was also another outfit, the Paladin Nine Ops Suit, but I cannot find imagery or concept artwork. Going to have to screenshot that suit for you guys and either edit this post or add it in a comment.

Just my prediction of the potential plotline for the upcoming Splinter Cell Omega Protocol (I hope we get a trailer sometime soon instead of hints of development through crossovers in other Ubisoft and Tom Clancy franchises.)

So the Blacklist was taken down, American Dust was prevented, and Majid Sadiq is secretly in custody to be questioned while the world is told a lie that he died. We won... right?

Sadiq is cunning, thorough, and a man who's is Bismarckian in the idea that he has backup plans for his backup plans. In Blacklist, he found out about the existence of Fourth Echelon and even the names of it's assets.

The Sub-Title of "Omega Protocol" could be referring to the idea that there is a major breach in security. Sure Sadiq is contained, but the majority of his faction isn't. And since they are without their leader, they might be instructed to leak the intel about Fourth Echelon across the globe, and even possibly Third Echelon.

I predict that Omega Protocol will be a game where the immediate target isn't America or another nation, but Fourth Echelon and the NSA itself. The goal of the story would be to prevent data from being sent out into the world-wide-web in order to maintain state secrets of black-ops that go against things like the Geneva Conventions. Failure would not only mean that Fourth Echelon would be disavowed, but that it's members would be put to the sword or eternally imprisoned. Pardons are not allowed should classified intel is known as common knowledge.

Plus there is the added threat of the "12 Nations that stand behind the Engineers" that Sadiq boasted. Could that be a bluff? Or is there really a Zodiac Conspiracy?

I predict that the above would be the main story, and the investigation of the legitimacy of this Zodiac Conspiracy would be either Side-Ops or a DLC Expansion.

Either as a DLC or a Side-Ops sub-campaign, we might play as Kestrel as he tries to find out who was behind the events that lead to the death of Archer, Echelon Agent / Trusted Friend. Of course, that would lead to some inner conflict with Andriy Kobin being the man who shot him and Kobin being an asset of Fourth Echelon. This could lead to a choice to be made to spare or kill Kobin, but ultimately I think Kestrel would remain part of the team to hunt down the group known as Megiddo.

Definitely Rainbow Six and Ghost Recon. Possibly H.A.W.X. ? Of course it would be cool for a Metal Gear homage crossover (non-canon obviously, but a fun event like the Predator and Terminator stuff from Ghost Recon)

Time Period for the story would likely be 2014-2016, considering that the Blacklist has been taken down in the Winter of 2013 and this would be an immediate threat with the detaining of Majid Sadiq.

Due to a Sniper Rifle from the Splinter Cell crossover in Ghost Recon Breakpoint, it looks like Sam's daughter will be an asset of either Fourth Echelon or Paladin Nine... mainly due to the fact that the Paladin Nine SNR rifle has the description of being "Sarah's signature weapon".

I wonder what dynamics between Sam and his daughter will occur.

"I became a Sniper so I am very far from the action dad."

"Which is why I will be providing overwatch on this Op."

"GRIM! Why isn't Briggs the marksman on this mission!?"

"Because his arm is still out of action and quite frankly, your daughter is quite the marksman."

This is my basic prediction to the story setup of SC Omega Protocol. Perhaps after this one, they might have one that would be set up so Fourth Echelon would focus its efforts of the Megiddo organization. Perhaps Megiddo are those who are behind the Zodiac Conspiracy that supported The Engineers?

Should we get a Remaster of the classic original trilogy of Splinter Cell games?

But not just a remaster of graphics. Ideally I personally would prefer a recreation of each game from the ground up. Same stories, but playing something like Splinter Cell Blacklist in terms of mobility and the three-playstyles. However, for your first playthrough, you HAVE to play it as the original game intended it. Meaning some levels and sections of levels HAVE to be played in Ghost style. Upon your second playthrough, THEN you can play it however you want.

Then upon completion of that game's story mode; you unlock classic mode; where you get a 1:1 recreation of the original game, just with better graphical quality, sound design, and fluid controls.

As for PvP, it would be an extension of the PvP we saw in Splinter Cell Blacklist, but classic Spies vs Mercs plays as truly classic mode rather than just reducing the arsenal and darkening the maps. I mean a full recreation of classic maps from Pandora Tomorrow and Chaos Theory.

I'd like to discuss about the types of camouflage used in the splinter cell videogames as part of an analysis. Now we all know Echelon sports the default black colours for all kinds of missions. Blacklist and Conviction sport customising options with choice of camo patterns. Now in the other games there are specific missions where Fisher uses camo, like several jungle missions in Pandora Tomorrow or Arctic and a desert variant camo in Double Agent. What I really want to discuss is if the patterns used are considered fictional kind of camo or if they are inspired by real patterns since there's a history about it, easiest way to find would be www.camopedia.org and if so, what would they be specificaly.

Kestrel got a new haircut in the mobile game.

I wonder if that means that development for Splinter Cell Omega Protocol is truly underway since there have been tweaks to Kestrel's design?

Soooo... I was playing through Splinter Cell : Blacklist on another play through since it recently became backwards compatible on Xbox One when I noticed something.

The USBs you can recover on Paladin HUB unlocks concept artwork to view at your leisure were always a fun thing to do. But I recently noticed something. There is a set of four concept art images at the bottom of the unlockable list marked as [REDACTED] - Undisclosed Location. Which I found odd as the scenery doesn't show off anywhere in the actual game of Blacklist.

At first I figured this was a locale in one of the SpiderBot missions, but then I realized that I don't have that game so I should not have any of it's unlockables. Then I figured it was likely to be the cut mission given by Mikhail Andreyevitch Losokov "Kestrel" when he awoke; but that all was cut dialogue from the game. But then I asked myself: "what if this is new content?"

Blacklist recently became backwards compatible and there is some news that there is to be an announcement of SC : Omega Protocol as the sequel to Blacklist. So what if these four images are a hint of sorts hidden in Blacklist for players to discover that may be the location of the first mission?

But then again, it also seems to be a South-American locale in these images so it may just be a hint to Sam's crossover event with Ghost Recon : Wildlands, but still who knows.

This one is new and really good: 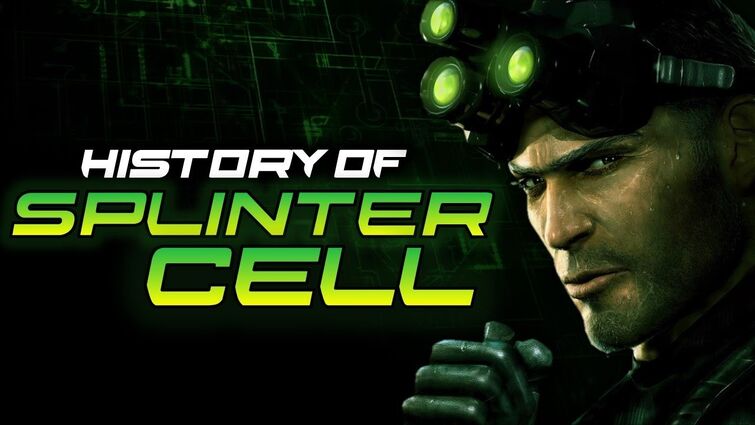 Greetings! My name is Flanqer, and I’m the Fandom Wiki Manager for this wiki. I'm here to help the community and be a liaison to full-time Fandom staff. If you ever have problems or questions related to the wiki, such as editing, styling, infoboxes, templates, etc., please contact me on my message wall.

I can't beat the game because when he attacks me toward the end I first hit 'E' to 'Grab' then when prompted I hit 'Mash' he kills me every time, I've tried various combinations of press once, press and hold, press repeatedly, nothing works, please help, I really love this game but it's so frustrating

i'm got some interesting japanese dub 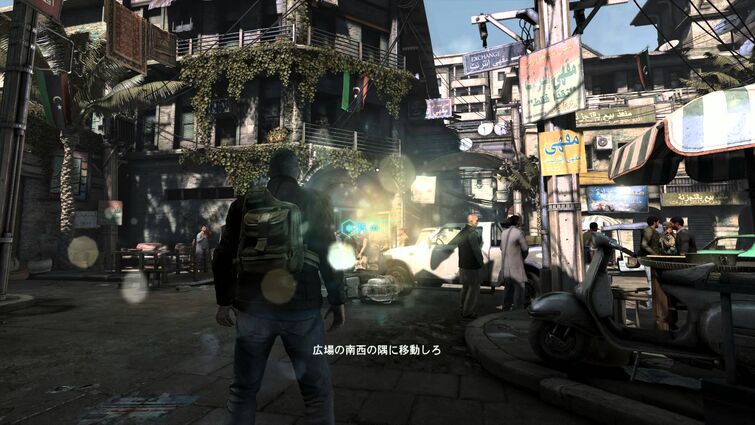 (edited by A Fandom user)

Okay, it's safe to say that UbiSoft keeping Sam Fisher "forever young" messes with the potential timeline, but I'm trying to wrap my head around some of the dates.  I don't have the full timeline I worked up here, but here's some basics....

Honorably discharged in 1996 from US Navy.  Aside from the old "Splinter Cell Bible" saying he was enlisted rank and now they say he was an officer, that it's later said that Sam was "recently retired" in 2004.  Now, presuming Sam has a military pension, that should mean 20 years of service (1976).  Born 1957, that would make him 19 when he joined, BUT if he finished the US Naval Academy, he would really be around 22 (presuming 4 years of post high school education).  Perhaps military people (particularly officers) can qualify for an "early retirement" at less than 20 years, but it's also possible "retired" means he just chose to stop being in the Navy.

Still, what's really hard to figure out is that if Sam was supposed to be a Navy Seal, that's 6 years of his life that's hard to account for...especially since it seems like he was doing field work for the CIA before the documented time he has as a SEAL.  There's nothing saying he couldn't have done both...I believe military personal specializing in certain fields (particularly intelligence) get pulled into work for the alphabet agencies, but as a SEAL is constantly having to recertify in many areas of their training, I find it hard to believe that Sam could have worked excusively for the CIA in the field for very long before having to return to a base/stateside for mandatory recertification and training.

Anyone have some better insight on how Sam Fisher's "career" played out?

(edited by A Fandom user)
Guidelines